Pensioners Facing a Dilemma Over Dividends 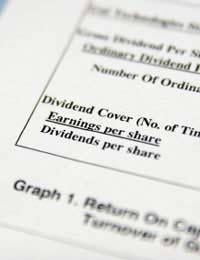 Who have been the biggest victims of the credit crunch and the global recession? Arguably, it is pensioners and those investors that rely on dividends to survive that have been the hardest hit. Their ways of generating income have been severely weakened by the recession and pensioners are having to get used to getting by on a decidedly reduced income.

Both cash savings deposit rates and gilt yields are currently at historically low levels, and the biggest investment sector for pensioners and those approaching retirement – the UK equity income sector – has experienced a torrid couple of years. This is because for most UK equity-based funds the biggest source of income came from dividends issued by banks and other financial institutions. This is clearly no longer the case.

The UK Economy is still Suffering

The UK economy might be getting closer to getting out of recession, but the problems for companies are still very real. As a result, many companies that traditionally paid out high dividends to reward investors for holding their shares have been forced to drastically reduce, or in some cases, scrap their dividends. It is estimated that four out of ten UK companies will be cutting their dividends in 2009.

To make matters worse, the recent downturn has highlighted the lack of investment options for those investors for whom income is of chief importance. Just seven companies (including oil producers BP and Shell) account for roughly half of the dividends paid by the top FTSE 100 companies this year. The outlook isn’t good for pensioners.

Why do Companies Pay Dividends?

Traditionally, paying a high level of dividends to shareholders has been the mark of a well-run ‘blue-chip’ company. The consistent payment of dividends was thought to act as a stabilising influence on company management. It meant that they were able to build their reputation, make their shares more highly-prized among investors and, perhaps more importantly, it meant that company spending was reined in. They didn’t have money to burn on acquisitions or trying to grow too fast, too quickly.

The Impact on Investors

Now that companies are choosing to reserve their capital instead of paying it out, dividend reductions are having a huge impact, not only on shareholders in those companies, but also in the pension funds which have traditionally relied on dividends as a significant part of the pension pot. This means that lower dividends will have an impact on all our investments, and will get worse over time.

What Should Investors Do?

Investors should resist doing anything drastic with their investments. Some companies have started to raise their dividend payments and, as the economy continues to improve, it is expected that more companies will start to rebuild their dividends.

It is also worth noting that this has been a bumper year for rights issues and company recapitalisation programmes. In other words, companies have asked their investors for help to improve their balance sheets and as a result, the outlook for these companies is much improved. This will in turn encourage companies to return value to shareholders through dividend increases, and smaller companies with more modest means to maintain their current level of payouts.

The Outlook for Dividends

Of course, your investments will still be struggling for returns until the economy recovers significantly and dividend payments are approaching something close to normality. This means that if you are worried about the level of income available through your investments you might want to consider increasing your allocation to ‘fixed income’ investments, such as corporate bonds, high yield bonds or gilts, that pay a regular level of income on a quarterly basis. Fixed income investments do what they say on the tin: companies that issue them are not able to cut the income at a later date. Dividend cuts are one of the risks associated with investing in equities, but lower dividends now do not necessarily mean you should give up on dividend investing altogether.