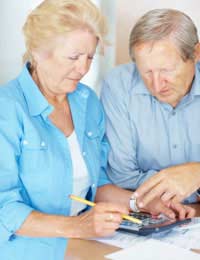 In such difficult economic times, the Government is doing its best to ensure that everyone is forced to tighten their belts. Whilst it would be naive to expect people close to or in retirement to be given preferential treatment during the ‘age of austerity’ it still seems a touch unfair that many people with relatively little income to rely on are going to be forced to live on less money in future.

One of the most contentious areas that the Government is committed to tackling is the thorny issue of capital gains tax. If the worst-case predictions are to be believed, hundreds of thousands of people can expect to have their retirement plans ruined if the Government changes the thresholds for the tax when the next Budget it announced.

The Problem with CGT

So why does a potential increase in capital gains tax have so many soon-to-be pensioners up in arms? Firstly, the majority of private sector workers have little or no pension saved. Instead, many have tied up their life savings in buy to let properties, a country cottage or a foreign escape. Capital gains tax is not paid on a homeowner’s primary home but must be paid on the sale of a second home.

As a result, they plan to fund their retirement through the sale of their property. Should capital gains tax be raised, however, they will face a higher tax bill than they do at present. The current rate for capital gains tax is 18 percent, payable above an annual threshold of £10,100.

Government Plans to Increase the Threshold

The coalition Conservative/Liberal Democrat Government has reached an agreement that calls for the rate of capital gains tax to be more in line with income tax thresholds. This means CGT moving closer to the 20 percent rate of income tax paid for basic rate taxpayers, and nearer to 40 percent for higher rate taxpayers.

Taxation experts believe that such changes would have serious repercussions for people on the verge of retiring, given that the change in taxation would seriously diminish their savings pot and hamper their retirement lifestyle.

Although it might help to reduce the country’s soaring budget deficit in the short-term, in the longer term it is likely to be counter-productive with the Government’s aims of encouraging people to save more for their retirement.

If the Government takes away large portions of people’s savings through taxation there will be less of an incentive for people to save, meaning that more people will simply rely on the state to fund their retirement.

Therefore the Government’s deficit reduction plans could end up costing it more money in the future.

Furthermore, if people have no discernible pension pot to spend, they may have no option by to continue working past their anticipated retirement age. Small wonder that people are disgruntled at the latest proposals. Many were only introduced into property as an investment because of a lack of trust in pensions built up over the years.

When the coalition Government was formed, it promised to safeguard the entitlements of people in advancing years and to protect the poor and vulnerable people within our society. If changes to capital gains tax are introduced, the same Government could find that their support amongst those approaching or retirement could disappear.

Why BP's Oil Spill is a Disaster for UK Pensions