Home > Financial Planning > How Will the Budget Affect Pensioners?

How Will the Budget Affect Pensioners? 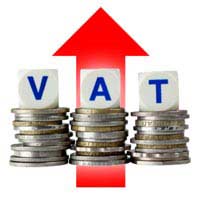 How did pensioners fare in the recent emergency budget? Not particularly well, although the new Government’s first Budget managed to hit everyone hard, ensuring that we will all be worse off financially over the next few years.

Higher Taxes For All

First, all pensioners will find that their income will be affected by the rise in value added tax (VAT), which will be increasing from 17.5% to 20%.

Fortunately, the expansion of the higher income rate tax catchment area will not affect the income of most pensioners, although the increase in capital gains tax will.

Tax concessions, such as the increase in personal allowance before Income Tax, will not, of course, benefit pensioners, who already have a personal tax allowance at a threshold of £9,490.

There were, however, some positives to emerge from the budget for pensioners. The most important of these was that the Government announced they were restoring the link between the value of the basic state pension and earnings, a relationship that was initially ended back in the 1980s.

Chancellor George Osborne refers to this as his ‘triple lock’ and explained that the basic state pension will in future be guaranteed each year to rise by a minimum of 2.5%, by the same rate of earnings or by price inflation, depending on which of the three is at a higher rate.

What George Osborne didn’t mention, however, is that from next year, the Government will be changing the way they calculate the rise of prices, moving from the Retail Price Index (RPI) to the traditionally lower rate calculated by the Consumer Price Index (CPI). This index doesn’t include items such as council tax and mortgage payments, so Osborne’s ‘triple lock’ is not as charitable as it first appears.

No Increase in Benefits

Of course, the budget was hailed as offering some further benefits to young people and families, there was very little consideration made for the increase of benefits for older people.

Perhaps the biggest budget announcement was one that doesn’t affect current pensioners, but will affect all of us due to retire in the years to come.

The Government announced plans to accelerate their proposed plans to bring the state pension retirement age forward. Previously the retirement age was scheduled to rise to 66 for men and women in 2016 and 2020 respectively.

This is now under formal review and the age increase is expected to be introduced sooner, a near certainty given the current budget deficit that the Government is committed to reducing as soon as possible.

Faced with such a high deficit, it was unsurprising that the Budget was more about taking away instead of giving to the people. The Liberal Democrat half of the coalition had been expected to provide more of a helping hand, although clearly pensioners who are already suffering from high inflation and low rates of interest on their savings might well feel they have been short changed by the Government yet again.