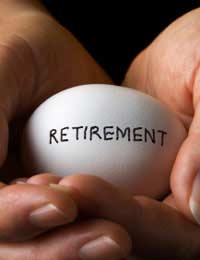 At present no-one in the UK is compelled to set up their own personal pension. However, that is set to change. From 2012 millions of workers who are not paying into company pension schemes will automatically be enrolled into what the Government has termed ‘qualifying work-based pension schemes’.

Why Change the Current System?

It is hardly surprising that the Government has decided to do something about the current pension crisis. According to youGov there are more than seven million employees across the UK who are not saving nearly enough for a retirement.

The new work-based pension schemes will be set up for those employees who either don’t have a qualifying pension scheme at work or are looking for a scheme that offers better value than their existing plan. Anyone with the new pension will automatically get a pension contribution paid in by their employer.

The main difference between current work-based pension schemes and the new one is that whereas at present employees are expected to opt in to a company pension, after 2012 all employees will automatically be enrolled into a work-based scheme. If they do not wish to contribute they will have to put in a written request to opt out of the pension. This is the Government’s last ditch attempt at encouraging UK workers to save for their own retirement.

How Will the New Scheme Work?

Employers will be expected to make a contribution of 3 percent of each employer’s salary into the scheme, and a further 4 percent will be taken out of employees’ salary before tax. The Government will then make an additional 1 percent contribution, in the form of tax relief.

What are the Contribution Limits?

Who Will Benefit Most from the New Scheme?

Contract workers or seasonal workers are usually not allowed to make contributions, as they are not classed as ‘permanent’ employees. Women who leave work to start a family and then return will often miss out on a decent pension too. The new scheme should see these disenfranchised groups finally given the pension rights they deserve.

People on low earnings will also benefit greatly from the new structure, as charges associated with the new scheme will be kept relatively low compared to personal pension schemes. It is believed that charges can have a particularly damaging effect on smaller pensions, often lowering the final value by as much as 40% over the full term of the pension.

Who Will Run the Scheme?

Details of who will be chosen to administer the scheme are sketchy at the moment, but what is certain is that the scheme will be run by a non-profit organisation and will be run solely in the interests of its members.

With the number of UK pensioners expected to double by the year 2055, the Government hopes that the new scheme will not only foster a culture of saving among people, but will also take some pressure off the State Pension system. The new scheme will help many people who without it would be facing a very uncomfortable retirement, but it begs the question, why wasn’t it introduced sooner?

Public Sector Workers to Pay More Into Their Pensions
Share Your Story, Join the Discussion or Seek Advice..
People who currently recieve Tax Credits may have had them reduced due to their income level. It should be remembered that pension contributions reduce taxable income and so it would be possible for some people to get an extra £410 Tax Credits for every £1000 of pension contribution they make. £200 less income tax is paid on the £1000 contribution making the net cost only £800, and the extra tax credits make the real cost only £390. Every case is different but this is definitely achievable for some. Since the employer also pays 3% (£600 in this example) the pension fund gained is £1600 costing the employee only £390.
Tony - 1-Oct-12 @ 5:05 PM
Title:
(never shown)
Firstname:
(never shown)
Surname:
(never shown)
Email:
(never shown)
Nickname:
(shown)
Comment:
Validate: