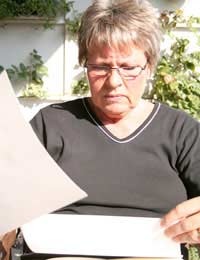 It is a well-known fact there are just two certainties in life: death and taxes. It still comes as something of a surprise to people approaching retirement that they are still expected to pay tax on their income, even though they are no longer working.

You stop paying National Insurance contributions, but you may still have to pay income tax. This article looks at the level of taxes you will be expected to pay on your pension income.

When you first begin drawing your pension, it will be classified as your income – just as your salary previously was considered to be your income. It is therefore subject to income tax.

The level of income tax you will be required to pay will depend on your income. You can find out more on the HMRC website.

However, those headed towards retirement should know that income tax will be charged only on your taxable pension income. Many people also receive some income, which the government has kindly excluded from taxing, such as interest received on ISA accounts, or state housing benefits.

If you continue to work full-time or part-time during your retirement, this income will be taxed according to the Pay As You Earn system, or PAYE, and other taxable income you are receiving may be taxed through the PAYE system via your salary.

You are therefore entitled to a certain sum of tax-free income, and this increases after you reach sixty-five years of age. For the current tax year, the income limit at which you are entitled to tax free income below the age of sixty-five is £ £7,475 .

Most pension savings schemes offer their pension-holders the option to draw a tax-free lump sum in addition to their regular pension.

The total lump sum that you are entitled to will ultimately depend on the terms and conditions of the individual pension scheme. In general, most schemes are allowed offer their members a tax-free lump sum of twenty-five percent of their total savings balance upon retirement.

However, if your total pension fund is a relatively small sum (around £16,000 or less), you might be allowed to withdraw the total pension as a lump sum, with some of it subject to tax. This is known as ‘trivial commutation’.

Take the following as an example. A pension fund of £15,000 can be withdrawn as a lump sum. Of that amount, the pension-holder will be entitled to withdraw 25 percent as a tax-free lump sum (which works out at £3,750).

The remainder of the pension fund (£11,250) can also be withdrawn at the same time, although this will be subject to income tax, paid at the basic rate of 20 percent.