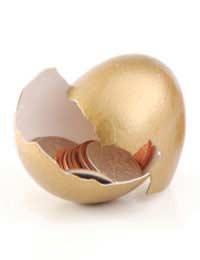 After years of being encouraged to remortgage and release equity within their homes, millions of soon-to-be pensioners are now finding themselves facing the daunting prospect of a poverty of retirement because they have spent too much and saved too little.

A recent report by the insurance company Aviva has claimed that millions of people currently in retirement or approaching retirement could be finding themselves living in vastly reduced circumstances.

Aviva estimates that one in four people close to retirement still has a mortgage to pay of. In one in five of these cases, the mortgage amount owed is more than £75,000. The research shatters the myth that by the time people in the UK reach retirement age their 25 year mortgage loan has already been repaid and they are able to live in retirement relatively debt free.

To make matters worse, Aviva’s research claims that pensioners have been left with a collapse in their post retirement income by as much as 70 percent over the past decade, as a result of poor returns from stockmarket investments and dwindling annuity rates from their pensions.

A Generation In Denial

So what has gone wrong for those people approaching retirement? There are several reasons. Firstly, far too many pre-retirees (those in the age bracket of between 55 and 64, have been living beyond their means and in a ‘state of denial’ about their finances. This can include failing to save or plan adequately for their retirement or simply not looking closely at their pension statements and making plans to deal with any shortfall.

Another key reason has been that people have been encouraged over the last decade to view their home as an alternative pension pot, albeit one that they can ‘dip into’ from time to time by remortgaging or through equity release. Few people wish to sell up or move out of their family home as soon as their reach retirement age.

The Cost of Helping Other Generations

Many parents have also felt it necessary to remortgage their home in order to help their children get a start on life, either to fund university fees or to help them pay for a deposit on their own home. Many have also been sucked into the tempting option of remortgaging to pay for holidays and to help fund a better lifestyle.

As a result, the Aviva findings have revealed what is becoming a ‘growing disparity’ between those approaching retirement with a likely high disposable income and those who are expected to be in financial hardship. It is a worrying picture that is likely to force more and more people to continue working after they have reached retirement age.

At present, the number of pensioners still working is approaching record levels. Approximately 1.4 million men and women over the state retirement age, of 60 for women and 65 for men, still have jobs.

For those pensioners that cannot work, or cannot find suitable employment, insolvency which was once considered unthinkable for pensioners is now a distinct possibility. In 2008, almost 5,000 pensioners were declared legally insolvent. This year the number is expected to pass 8,000.

Retirement is fast becoming a time of financial uncertainty and potential poverty. Those of us who have yet to reach pension age should therefore be thinking about ensuring they do not join the ranks of ‘penniless pensioners’ and reach retirement with a mortgage still hanging over their heads.

Ways to Make Money on Your Property