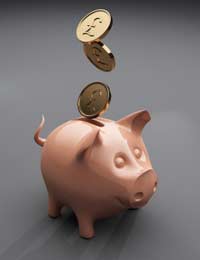 James is 53, and works for an insurance company in the loss adjustment department. James has no outstanding mortgage to repay, has an occupational contribution-based pension and savings of roughly £15,000 tied up in Individual Savings Accounts (ISAs), and has roughly half that in credit card debt. James is a widower, with two grandchildren.

James is thinking about his retirement options and what he will need to do now to ensure that he can achieve his personal objectives which include travelling to Australia, paying for holidays with his children and grandchildren and maintaining his passion for supporting Fulham and Middlesex County Cricket Club.

How Much Will James Need to Retire Comfortably?

Conventional wisdom dictates that anyone who retires will need roughly between 60 percent and 70 percent of their previous income in order to enjoy a comfortable retirement. However, there’s no simple definition of what a ‘comfortable’ retirement is.

Some people want to enhance their retirement by doing things they weren’t able to do while they were working. This will invariably cost more. Others will be happy with living a much quieter life, which could cost less.

In James’ case, he is keen to travel and to continue to enjoy watching sport. He should therefore consider how much he will need to live on, as well as money set aside to pay for the extras he has set himself.

James he has been paying into company pension schemes for a number of years, and in that time he has amassed a pension pot worth close to £150,000. James is currently earning a salary of £60,000 and is paying £200 a month out of his salary into his pension. His employer also chips in another £250 a month.

Based on current calculations and earnings estimates, if James maintains his payments, he can expect to retire with an occupational pension worth something in the region of £350,000. Sounds like a lot, but when you break it down it works out as an annual pension of just over £14,000 in today’s terms. That’s still a considerable way short of James’ target annual income of £40,000.

In order to increase his level of retirement income, James needs to consider taking the following steps now:

If James is disappointed with his pension pot, he’ll need to think about how to make it bigger. James is a higher rate taxpayer, so he will get generous tax concessions if he increases his pension contributions. If James doubled his current monthly pension payment of £200 to £400, his pension pot when he reached retirement age could increase by £50,000, which works out as an additional £2,000 on his annual pension.

James pension pot has performed poorly of late, largely because of the weak performance of equity markets and the conservative ‘low-risk, low-return’ investment management approach favoured by his pension company.

Remember the old investment phrase “buy low and sell high”? Recent falls in the equity market mean that investors who are looking to buy at today’s low market levels, and are prepared to keep their money invested for a period of ten years or more, could see their savings grow significantly in value. However, James will be aware that there’s never a sure thing in investing, and he should think carefully about whether this is a risk he believes worth taking.

James should consider himself fortunate. He started his pension in his thirties, so he’s accrued a decent-sized pension pot. However, even a substantial sum saved in a pension will appear small once you take into account it has to last you for the rest of your life. If James wants to accumulate more money to enjoy his retirement, he will need to spend the rest of his career putting aside as much as he can, while he can. If not, the alternative option is to adjust and downsize his retirement goals